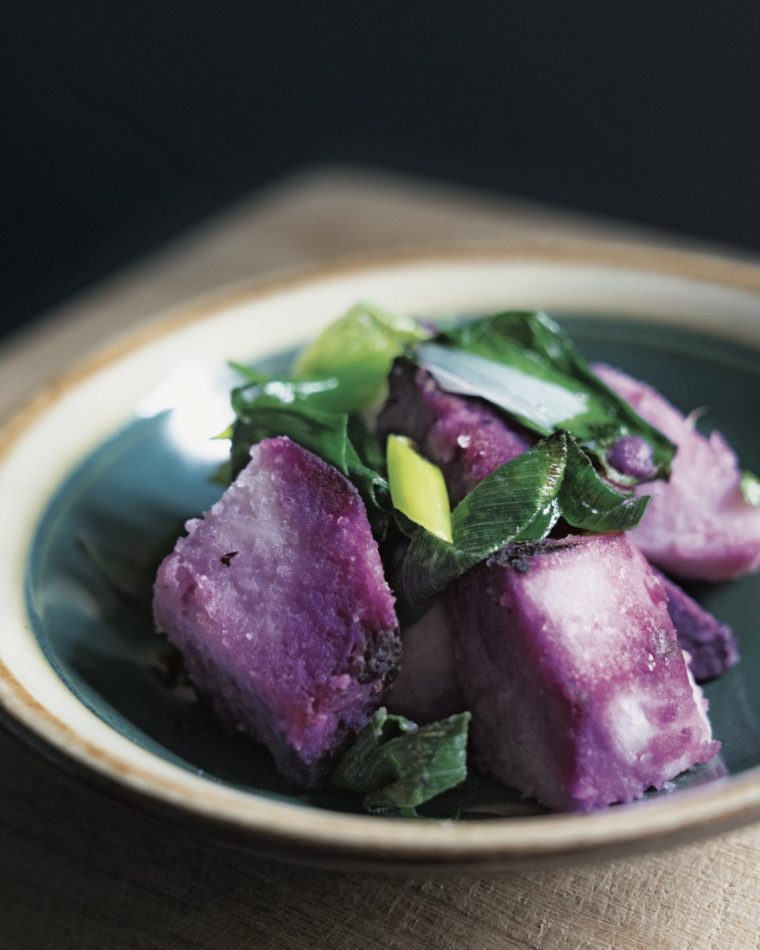 One of the pillars of the Okinawan diet, Okinawan imo is a supercharged purple sweet potato, a cousin of the common yellow-orange varieties that has been an island staple since the 17th century. Despite its saccharine flavor, it does not spike blood sugar as much as a regular white potato. Like other sweet potatoes, it contains an antioxidant called sporamin, which possesses a variety of potent anti-aging properties. The purple version contains higher levels than its orange and yellow cousins.
This superfood is high in complex carbs, has a surprisingly low glycemic load, and packs an antioxidant punch with anthocyanin (the com- pound that makes blueberries blue). Okinawans typically serve sweet potatoes steamed, which perfectly renders their creamy texture and sweet flavor.

The best places to find purple sweet potatoes are Asian markets, but they are also sold through online grocers. If this proves difficult, you can swap in any other type of sweet potatoes. Here’s a coconut version of my own invention, which I served—to rave reviews—to a New York Times food critic.

1 pound purple sweet potatoes, peeled and cut into 2-inch cubes
One 13.5-ounce can or carton of organic coconut milk

Steam potatoes for 10-15 minutes until tender.
Remove from heat and let rest with lid on for 3-4 minutes.
In a large bowl, mash sweet potatoes lightly with coconut milk.

Note: The potatoes can be boiled rather than steamed, but they will lose some of their essential nutrients in this process.